What NOT to do in Singapore 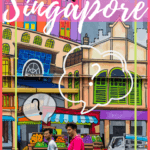 Planning a trip to Singapore can make you recall those famous TV programs where they recreate situations of innocent (or almost innocent) people ending up jailed in some of the SCARIEST PRISONS IN THE WORLD.

In order to avoid any similar experience you should get informed on what NOT to do in Singapore. In this text we will focus on that.

Due to the numerous bans in Singapore, being guilty for something is easy. If you are a foreigner traveling to Singapore, getting some information about the country in advance is something you really want to do.

We all probably heard that prisons in South East Asia are not the friendliest ones… nor the most ethic ones… or the cleanest ones… and all kind of things that you would consider normal or legal in your home country can put you in a problem in Asia.

Singapore is, for sure, on the top of the list with its strict penalties for numerous things.

Piece of advice for anyone traveling to Singapore – review carefully the list of bans before going there. This does not apply ONLY for serious criminals, smugglers etc. – almost everyone can fall guilty in this country.

Some simple things like having a pack or two of BUBBLE GUMS, some SLEEPING PILLS, few extra packs of CIGARETTES… all that can put you in unpleasant situation in Singapore.

This still doesn’t t mean that you will automatically end up in jail for having some bubble gums, but these, and some other things are simply FORBIDDEN in Singapore.

If in doubt, and thinking that you might have something of the forbidden items, better go to the RED CHANNEL at the airport arrival and declare whatever concerns you (the worst that can happen here is that you will be confiscated forbidden items).

While packing for our trip to Singapore, the night before the flight, we found ourselves in unexpected stress rather than a pleasant excitement before the trip.

We were packing and unpacking all over again while reading endless internet stories about cases of people having all kinds of problems… almost always ending up in JAIL (internet tents to exaggerate here and there).

The list of items that are ILLEGAL in Singapore is quite long so we decided not try our luck and, just in case, leave everything potentially problematic behind.

Besides BUBBLE GUMS, some of other stuff that are illegal to bring into Singapore are:

Regarding narcotics, for smugglers that are caught, Singapore has, not more, not less, but DEATH PENALTY. Frightening enough in case of any second thoughts.

The list of forbidden items is even longer than mentioned above; and, mixed with dark stories of internet about jailed tourists, we caught ourselves in a circle of paranoia, packing and unpacking, throwing the things away, starting from what was really on the list of forbidden items like chewing gums, cigarettes, electronic cigarette… to the items that our paranoia made seem illegal and totally probable to create a huge problem…. ending up in jail of course.

Stepping from the airplane with accumulated anxiety and with expectation that they will search all our luggage looking for the forbidden items, we were actually relieved (even though we did not have anything that is forbidden).

Everything looked so normal and non-threatening. Only that on the immigration form that each tourist has to fill in was written in capital letters that DRUG SMUGGLING IS PUNISHED WITH DEATH. The same was written just behind the immigration checkpoint (didn’t dare to even try making a photo).

On our big surprise at the arrival nobody was actually chasing people with police dogs and guns, arresting the smugglers of bubble gums and sleeping pills. It is an airport similar to any other.

Actually, everyone was really POLITE and even SMILING. In the background was playing some relaxing instrumental music, leaving no space for tension.

All that atmosphere of perfect order, people going in just the right queues, following clearly stated procedures, no one yelling, no one complaining, all functioning like a perfect mechanism… with the relaxing sounds in the background – somehow, reminds of Huxley’s Brave New World introduction… and we were just at the airport’s arrival terminal – arriving to the Brave New Singapore.

As we left the airport, being welcomed in the most polite way by our taxi driver, we were absolutely stunned by the images that were passing before our eyes – long, wide, impeccable clean streets, spacious sidewalks, bicycle paths and perfect rows of beautiful trees.

The city seemed as if the famous visionary book came to life. We were overwhelmed.

NO LOUD VOICES, NO YELLING, NO CAR HORNS, NO LITTER ON THE STREETS, NO SPITTING around (spitting is, by the way, another of the forbidden behaviors in Singapore) – everything calm and in perfect order.

All in all, we spent 4 wonderful days in Singapore – that little VISIONARY, FUTURISTIC, I would dare to say utopic country/city where absolutely nothing is left for the free interpretation.

It is a bubble with its own rules for the better world and everyone seems to live happily in that bubble. Everyone follows the rules, respect and obey. And, for that, they are rewarded with BEAUTIFUL, PURE and SAFE OASIS where they can fulfill their dreams and live a happy life.

Well, as long as their dreams fit in the rules of the bubble. If not, I am not sure what happens.

With every step, no matter if we are speaking about metro station, street, park or any other public space, we were finding numerous advertisements (written, visual, even oral…) signs and instructions on how to behave, what to do, WHAT NOT TO DO and what is the direct punishment for disobeying.

From what we saw for this short time, most of the people respect the rules without complaining and everyone knows very well what is correct and what is not.

Bearing in mind the reputation that Singapore has when it comes to breaking the rules, we were very attentive and careful, trying to avoid any kind of situation that could possibly bring us even close to a problem.

By that I mean, smoking cigarettes only at the marked smoking zones (which are very rare and very few in the city), crossing streets only at the marked pedestrian crossings, not eating or drinking inside the metro (it is forbidden to eat or drink inside the subway and also inside the trains…not even water) …and not to forget, NO BUBBLE GUMS– no, no, no.

It is forbidden to bring bubble gums into Singapore, you cannot buy any there and you can be fined if seen chewing them.

Interesting thing about Singapore is that there are so many RULES but they are imposed in all the possible creative and non-aggressive ways, through the cartoon characters and comics that are illustrating “DO” and “DON’T” situations.

Free wi-fi is available at many public places as well as emergency phones that can be used to notify the police (also sending a photo or video to the police via WhatsApp or Viber is encouraged) in case of any problem.

Seems a little exaggerated since the street in Singapore feels safer than your mothers hug, but in any case, it’s nice to know that you can rely on a non-corrupted police if the injustice would be done to you – well, that’s how it looks.

Even though this thing with law and punishment was the strongest impression about Singapore, there are many other things that can impress a visitor.

We enjoyed so much small talks with people all around. They are always willing to interact, offering help and guidance to the disoriented tourists. They will gently, in the most polite way, correct you in case they see you doing something “WRONG”.

Singapore is said to be one of THE MOST EXPENSIVE CITIES IN THE WORLD. In fact, apart for accommodation, SINGAPORE IS NOT NECESSARY THAT EXPENSIVE. The city offers many things that you can do and see for free.

Our first day in the city we were offered a completely free meal with several options – noodles, salads, soups as part of the ecological campaign with the aim to REDUCE THE FOOD WASTE. We supported the idea, ate a good meal and learned how Singapore cares about education of its people about IMPORTANT ECOLOGICAL QUESTIONS.

Singapore, unlikely the other surrounding countries, pays a lot of attention to the environment and nature. The result is evident since SINGAPORE IS ONE OF THE CLEANEST COUNTRIES IN THE WORLD.

Throwing garbage on the street is forbidden and the fine for the ones who are caught littering around can be from 300 $ up to 5.000 $ and even jail time depending on the case.

Another interesting thing that is forbidden in Singapore is not flushing the toilet.

It is easy to assume that everyone does it by default but Singapore does not leave a free choice on that one neither – if you don´t want to flush you shall pay the price.

Singapore really brings the meaning ”clean” to the next level.

I am not sure if I could say that the same ecological care is taken by the industrial part of Singapore and the big corporations.

Use of plastic is something that is not following the same eco-friendly logic in Singapore – excessive amounts of plastic are used for the packaging of daily products – food, fruits, vegetables… everything is wrapped in several layers of plastic.

It might be a good idea to forbid use of plastic as well!

All in all, if you are considering trip to Singapore – go for it – you will have a lot of fun, guaranteed good time and for sure, you will learn a lot. However, prepare yourself and review the lists of forbidden items in order to avoid any negative surprises.

Our trip to Singapore was truly inspiring, awakening and surprising in any sense (leaving appart our constant worry that we might be doing something WRONG and FORBIDDEN).

We enjoyed every second and had THE MOST PERFECT TRIP EVER – without classical tourist scams, surprises, false promises – everything was legit, true and worked in a perfect order.

We left Singapore with lot of impressions – not only impressed by delicious food or impressive sightseeing, but by the place itself, its own logic and its own perfect world.

It left us truly amazed, unavoidably reminding of the paragraphs of the famous Huxley`s Brave New World or Orwell’s 1984. The first thing that I thought while leaving Singapore was that it was just a right moment to read them both again – it might give a bit of new perception.

Not everything is negative, we are also suggesting a great article from our friends of booktheticket.travel where they show the 7 must-do thing in Singapore!

BEST THINGS TO DO IN DALAT

Relaxing trekking, refreshing waterfalls, crazy houses and getting lost in a maze – all that and more…

11 Best Things to do in Moscow

Moscow is impressive in all the possible ways – it’s enormous, luxurious, traditional… and there is VODKA…

KOMODO DRAGONS – INDONESIA
11 Best Things to do in Moscow

Tell us what you think Cancel reply 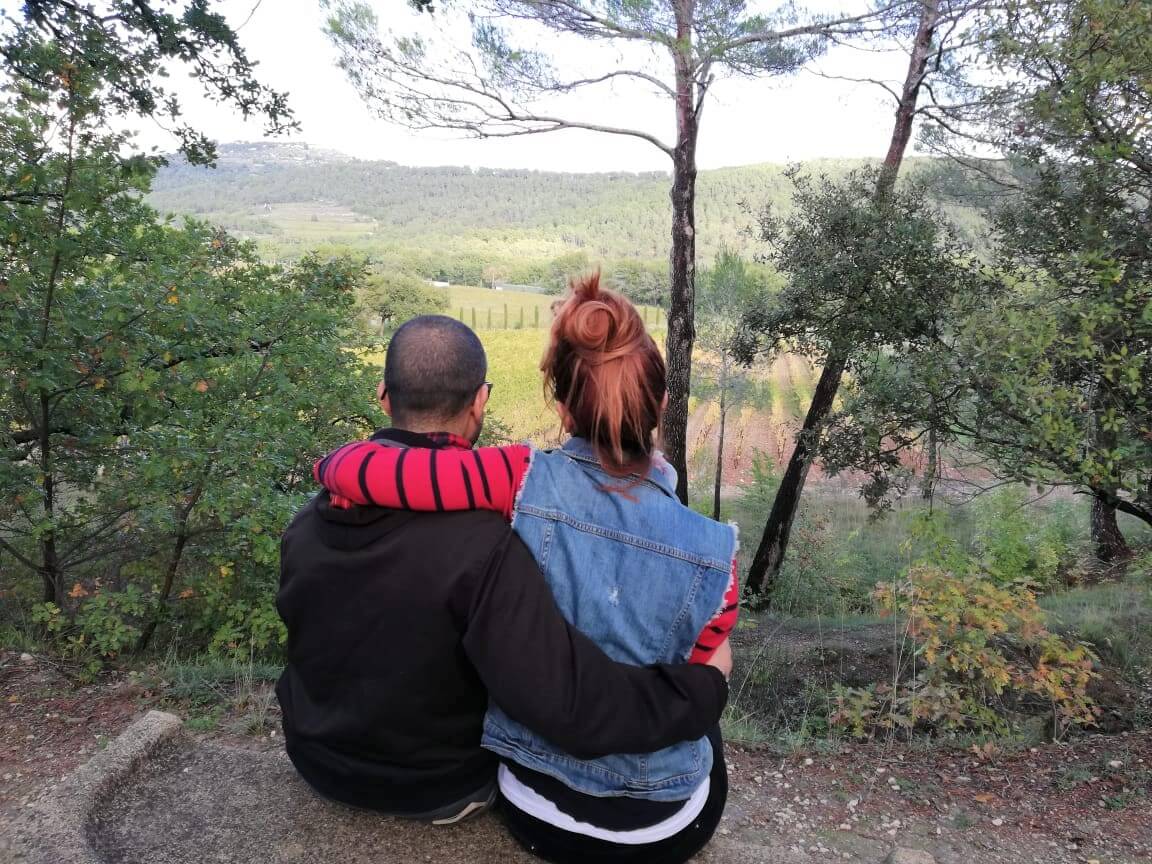 You want to read more articles like this?Share your e-mail with us and you will get new content every week!

By continuing to use the site, you agree to the use of cookies more information